Splat Went the Tomato! -- Wonder in the Early Childhood Classroom 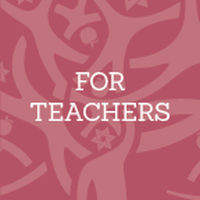 Splat Went the Tomato! -- Wonder in the Early Childhood Classroom

Wonder (noun): a cause of astonishment, admiration or rapt attention.

In the past, many teachers were given a script to follow, by which they systematically presented and guided the class in their acquisition of knowledge.  It seems that wonder was not something that many educators strived for, much less produced.

In the last decade, early childhood education has evolved to put the child into the driver’s seat, so to speak, and to allow a course of study based on their interests and preconceived ideas.  Project-based learning or child-centered education allows children to find an interest and explore every aspect.  Teachers are there to facilitate and guide; to ask the child open-ended questions that will prod the child into seeking answers.

Throughout my many years of teaching, there have been moments of wonder that were expected… a chick hatching, finding a worm in the dirt…and some that have come most unexpectedly. For example, there was a time when my class was outside, working with our naturalist who encouraged them to explore several types of seeds from a variety of plants, fruits, and vegetables.

One boy noticed a hammer on the table and asked me if he could use it on the tomato.  “Why not?” I answered. ”Let’s see what happens.”

Up went the hammer, splat went the tomato!

He was so shocked, as were his comrades, by the tiny gelatinous seeds that went everywhere.  How wondrous…who knew that when you hit a tomato with a hammer, seeds would fly!

Another example of classroom wonder occurred last year when I brought in an article from the New York Times about a local pencil factory.  The photos of the machinery and the process were incredible.  During circle time, the class looked at the photo essay and was fascinated.  So many questions, so many ideas, so much discussion!

That simple exercise during circle began a month-long study on factories. The children made every imaginable kind of factory using a variety of materials… think of your home junk drawer times 10!

That lesson was the definition of wonder to me…allowing children access to ideas not typically presented in a pre-k class and watching them stretch, think, explore and learn.